Paying it forward by creating shelter for future generations

Jim Selchow, a retired 3M engineer, spends 100 days a year building homes with his ex-colleagues and friends for the less fortunate.

Jim Selchow works meticulously to build and repair things in and around his neighbourhood, but he’s not doing it for himself: he’s part of a group of volunteers that build affordable housing on behalf of Habitat for Humanity.

Selchow, a retired engineer who spent over 40 years at 3M, spends his time doing good for his thriving community in need of affordable and safe housing. He and his friends bring their own tools and equipment to the jobsites, but it doesn’t deter them from wanting to help. To see families inhabit the houses built, especially ones with young children, is enough of a reward for these handymen and women. 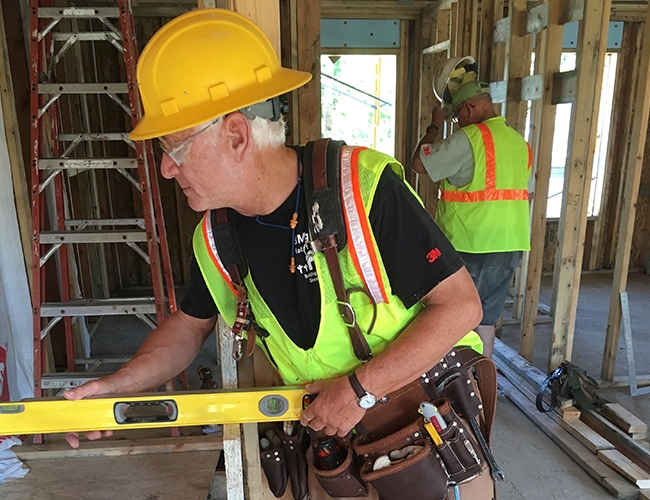 We hear the mitre saw cutting through wood in the distance, and the smell of wood is all around us. Men and women in bright safety vests, hardhats, and safety goggles, each holding some gear and tools, are walking around, moving materials in and out of what looks like the frame of a house. Nothing looks out of the ordinary at this jobsite; except all of them are volunteers who spend their time building affordable homes for their community.

Jim Selchow and his friends and old colleagues from 3M are amongst the hardhats and safety vests. A retired engineer, Selchow managed Fabrication Services for manufacturing equipment, familiarizing him with tools, equipment, and handiwork.

With a career at 3M spanning over 4 decades, Selchow is a confident and hardworking engineer and builder. Grateful for his professional success, he sought opportunities to pay it forward and better his community, so he began volunteering with Habitat for Humanity.

He spends about 100 days a year on worksites building affordable homes for his community. As one of the top volunteers in his area, he enjoys the time spent building houses with his friends while sharing stories and ideas.

Selchow is no stranger to construction due to his engineering background, and even prepares his own set of tools to use during the workday. His essentials include: a TASK® tool belt, hammer, tape measures, nail pullers, driver bits, drill bits, pliers, carpenter pencils, and a tool bag with power tools and planner. 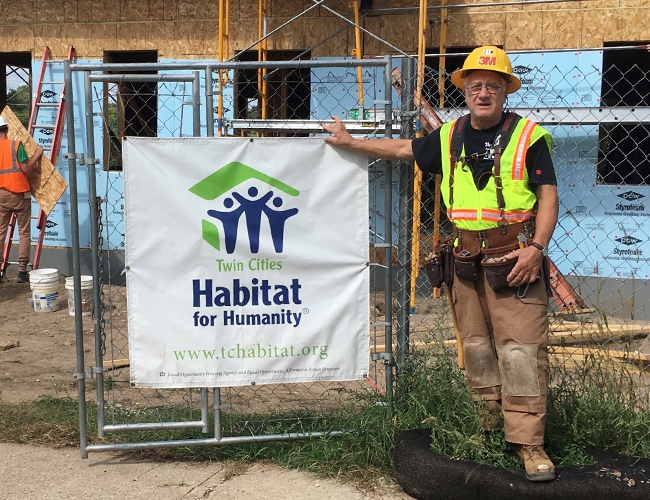 Despite the labourious work of building homes from scratch, Jim Selchow and his friends take pleasure in knowing they’re providing shelter to those whom need it most. “It’s gratifying and fulfilling to know that the fruits of our labour are providing a hand up to those families.” said Selchow of his feelings towards volunteering to build homes. “Especially their children who are getting a beginning in a safe, efficient, clean, and affordable home.”